Driving in Japan gives you a superpower: You can see around corners. If you look up, instead of straight ahead. 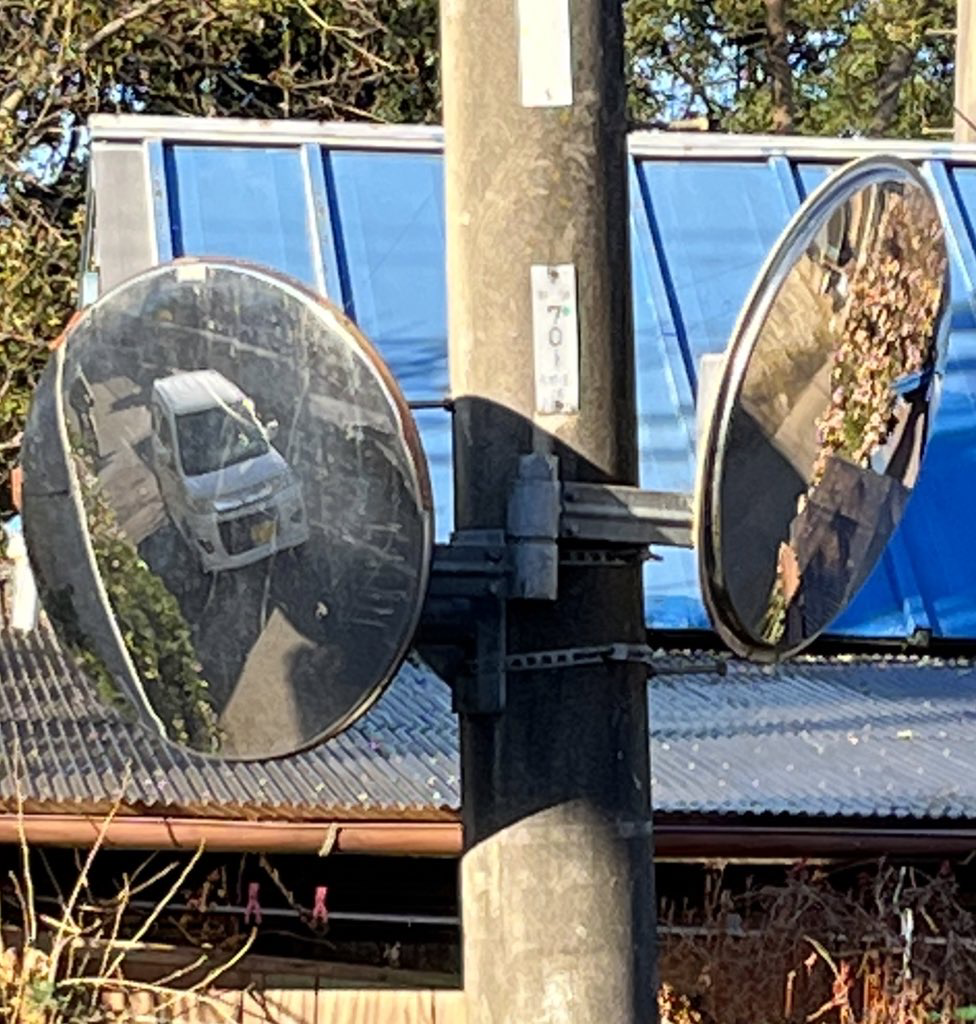 Even a quick walk tells you that Japanese cities are full of narrow streets with sudden intersections with other, no less narrow streets. In the crowded residential areas, where houses are stacked more or less on top of each other, the small spaces around the houses are usually filled with high walls, or tall trees, or hedges that have grown all the way into the street. Much taller than your car. 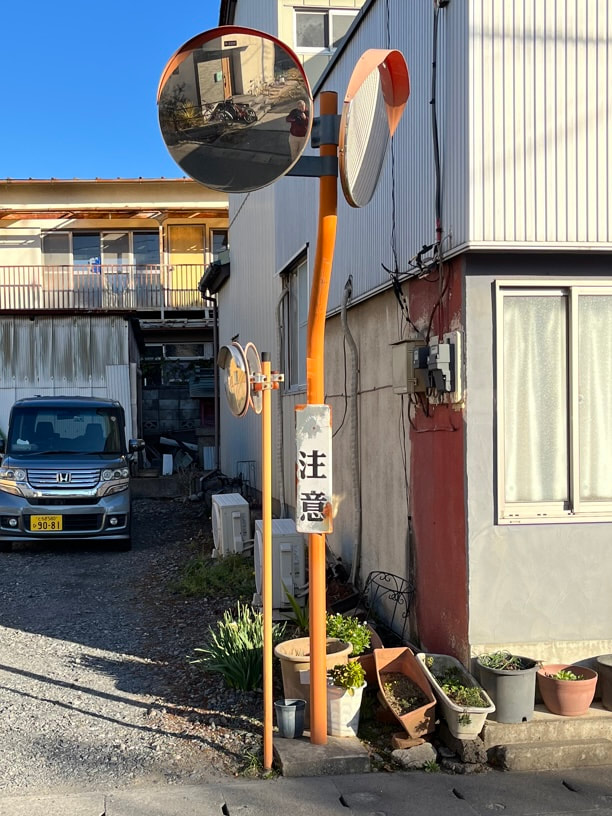 It literally becomes impossible to see what is around the corner, and even if the speed limit is 30, you can cause quite a bit of damage to your car - and the one you might crash into.
​Not to speak of children playing, elderly cyclists, delivery bikes, and anyone else who may be traveling on those narrow streets. You need a way to see who or what is coming before you get out into the intersecting street. 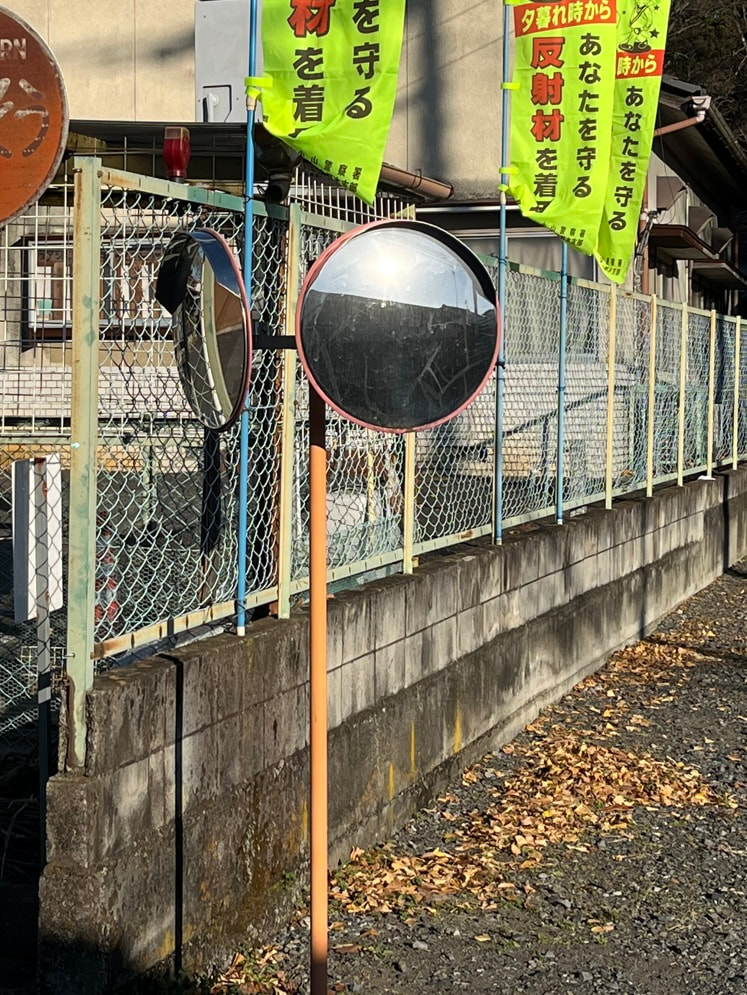 This is where the Japanese street authorities found a way to help out. At almost every street corner, and fronting the narrow alleys leading off the much not larger streets, there are street mirrors. Typically mounted on the same orange poles as speed limit signs and other traffic signs (or sometimes on the utility poles that sprout at different angles into the narrow streets), they sit high enough over the street to give a view of oncoming traffic. And since they are mounted at an angle, that view is visible to cars on the intersecting streets. 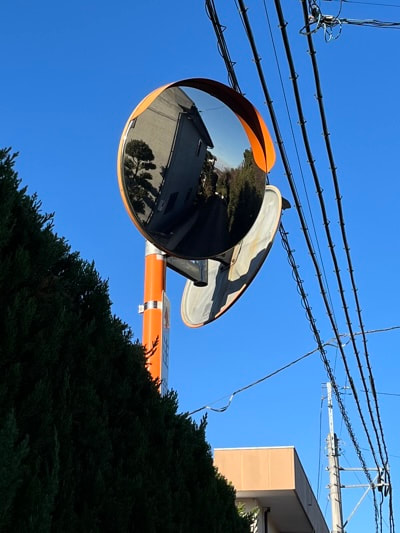 Looking at the mirrors gives you a view of the oncoming cars in the intersection, but there is usually a dead angle too close to the mirror. While it usually not wide enough to hide a car, a cyclist or pedestrian can easily be hidden inside the dead angle. So you always have to take a quick peek to your right and left, as you creep out into the intersection. Because you can never turn out quickly in Japanese streets. There may always be something (or someone) coming.