Japanese cuisine leverages the changing seasons to the hilt. In spring, one of the delicacies appearing in traditional Japanese restaurants around February-March is the slightly bitter tempura made from the udo herb, one of the first vegetables to appear in Japanese forests, and soon combined with other mountain herbs into a spring vegetable tempura which is intensely popular as a side dish, served with a mix of green tea powder (macha) and salt, rather than the traditional tempura sauce. 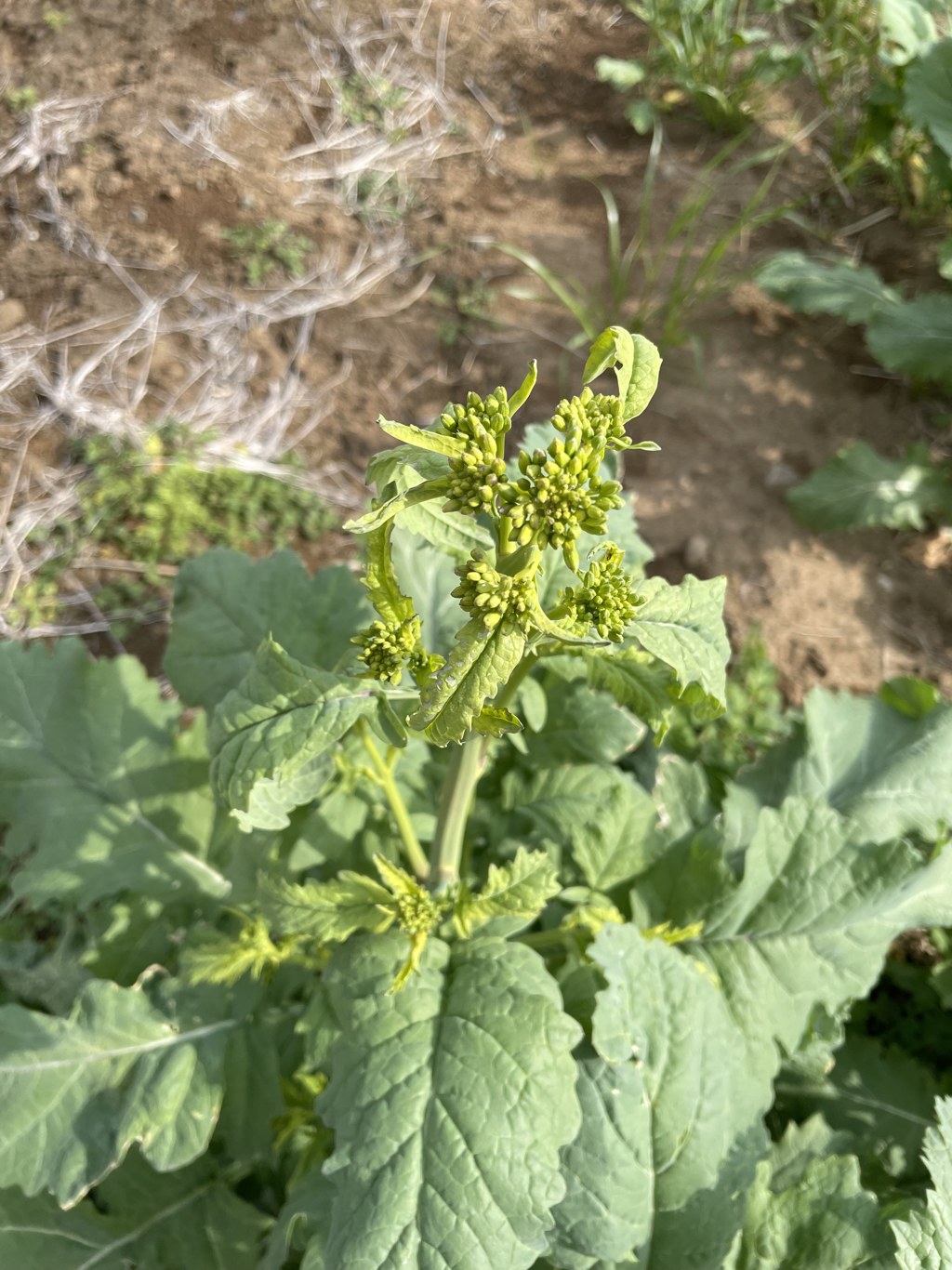 The flowers of the rapeseed plant are an appreciated vegetable in Japan. You can see the resemblance to broccoli.
Spring vegetables are not only picked in the mountains, however. The flower buds of the rapeseed (or canola) plant is another highly appreciated vegetable and heralds spring as much as the cherry blossom. It is also a highly appreciated type of tempura, or it can be served boiled like spinach, or nowadays eaten raw in salads.
But other vegetables, more familiar to western palates, are also appreciated seasonally. The first harvest of any vegetable is reason to celebrate, but in Japan, the humble cabbage has become a specially valued delicacy. Growing vegetables in temporary green houses makes an early harvest possible, and once the snow melts (if there was any) the first vegetables are planted, ready for harvest in as short time as a few weeks after sowing.

The monkfish, especially the liver, is as tasty as it is ugly and an appreciated winter speciality.
The seasonality is not constrained to vegetables, however. Fish and seafood in Japan change with the seasons, as the animals come into the shore waters to spawn or feed. One of the most appreciated delicacies is “hotaru-ika”, a small kind of squid, less than five centimeters long, which gets its name because it actually glows during mating season in March. Caught off the northwestern coast of Japan, it is typically eaten boiled with seaweed and vegetables, or by itself.
But the weirdest looking, and most appreciated, seafood is the ugliest fish you will never see.
The monkfish or anglerfish (anko in Japanese) is as hideous as it is delicious. It is strictly a winter delicacy, the season at its height in February and ending in April. In Fukushima and particularly Ibaraki it is a local staple, “anko-nabe” hotpot a traditional winter dish, and the liver - the closest you can get to foie gras in nature - a standing feature of sushi restaurants all around eastern Japan. Typically served fresh with green leeks and ponzu, it is as different from other types of sashimi as it is tasty. 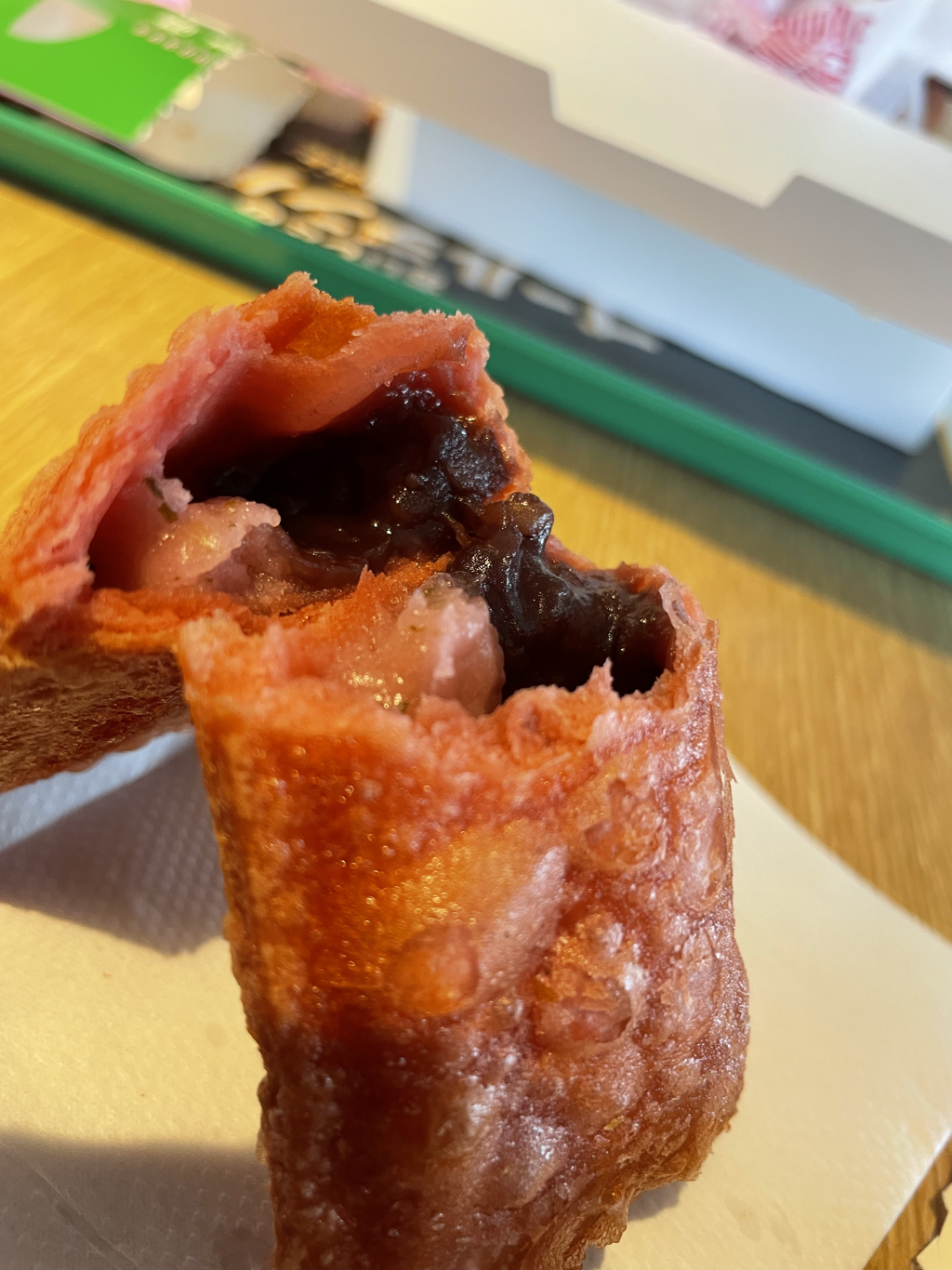 Sakuramochi is a popular spring sweet, and this year McDonalds also turned it into a pie.
But the most appreciated seasonal delicacy are the sweets. While many traditional sweets are available all year round, there are two kinds which are tied to the season more than any other. It is the white dango (rice balls, actual balls and not the onigiri triangles) which are part of the autumn moon viewing; and the sakuramochi that are eaten when the cherry trees blossom.
Sakuramochi does not actually contain cherries, but consist of a cake of mochi - pounded rice cake - colored pink; wrapped around a wad of sweet bean paste. This confection is then wrapped in a pickled and salted cherry leaf (which is what makes it sakuramochi).
Sakuramochi is extremely popular and sold in convenience stores, grocery stores as well as the speciality traditional Japanese confectionery stores which would sell it. Sakuramochi is so popular that for this year for the first time it is sold in McDonalds. But not in the traditional form. At McDonalds in Japan, for a limited time, you can get a sakuramochi pie. It is a traditional sakuramochi (including a piece of cherry leaf) in a McDonalds pie shell, fried and not baked. The shell is actually an improvement, although hot mochi and bean paste is more like the new years ozoni soup than sakuramochi. Although more chewy.